Having spent some time in Scotland and Ireland this summer (my first time in both countries), I was inspired to start writing a novel based in one of those countries. I chose Ireland, specifically the country’s capital and largest city of Dublin, as the setting. Edinburgh, you were awfully close! Hmm … may have to do a series … Three Months Here, Three Months There …

I’m still in the early stages of writing. Working on character sketches, dialogue, story line (keep changing my mind on how the main characters meet, where they live, etc.). But the main story line has been formed, much interaction has been formulated and I have a document with 33,000 words or so it in. I’m guessing half of those words will either be moved to a different part of the book, altered and/or mangled or simply deleted as I get a better handle on the characters.

Left with no hope and no future, a middle-aged American man hopes a three-month trip to Ireland can help him restore his lust for life. His marriage has ended, his kids will barely talk to him and he finally quit a job that he hated anyway. He decides that spending time in the homeland of his ancestors, who spoke glowingly about Ireland, will restore his lust for life, or at least a purpose for his existence. When he gets there, he soon realizes that his experiences don’t quite match up to his overly romanticized expectations. His awkward attempts at fitting in with his new surroundings cause him to feel even less confident in himself than he when he left The States. But with the help of an unexpected friendship, he starts to learn that changing his focus from his own desires to the needs of those close to him will bring him at least a bit of the contentment that he seeks.

The research I’ve been doing for this book has run from personal experience (although I need to return to Ireland for more!) to listening to Irish music (including my buddies from Milwaukee, Dublin O’Shea) to having a pint of two (although I refuse to drink the dark stuff – Guinness Extra Stout for the uninitiated – until I get back to Ireland; it’s not anywhere near as good here) to reading travel books by Rick Steves and modern Irish literature by such authors as Kevin Barry, Roddy Doyle and Louise O’Neill, as well as following current events on the island through Irish journalists, especially my friends at the Limerick Leader and in Cork (Dublin: I’m following you, too!). Thank you to all of you, even though most of you have no idea how much or in what ways you’ve helped. 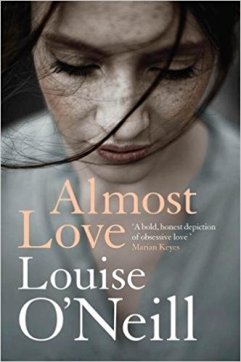 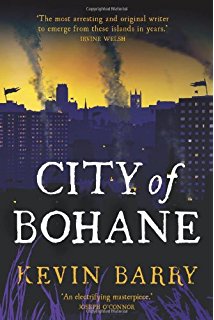 The Internet is a wonderful tool if you know how to properly use it ( I suppose that can be said for any tool). I view inside and outside apartments/flats that the main character might rent and see how much they cost and maps of where they are. I’ve used images from Google Street View to see streets and buildings in areas that I haven’t experienced. And while there is no substitute for actual first-hand knowledge, websites for pubs and coffee shops and more give me a feel for the ambience. There are some great websites that are helping me incorporate Irish slang and idioms (Mickey Mouse must be awfully funny over there). I’ve even been known to employ a healthy dose of Irish Spring soap at wash time.

I will be soliciting help from friends to make sure I have believeable dialect, dialogue and more.

There’s no timetable on when this book may be finished or published (I’d love to have it done ASAP, but will not rush it). When it gets close to completion, I might have to start thinking about finding an agent. The two nonfiction books I’ve had published thus far didn’t require one. By the way, in case you’re interested, check out “Murder in Wauwatosa: The Mysterious Death of Buddy Schumacher” and “Wicked Columbus, Indiana.” Both are available in print and e-book formats just about everywhere, including my basement, and have won critical acclaim from my wife and other family members.

I’ll post updates on the progress of “Three Months in Dublin” from time to time, letting you know a little bit more about some of the themes it touches on, the characters or whatever else I feel like revealing. It’s my book; I can do what I want.

Thanks for your interest.

Sláinte! (go ahead, look it up)